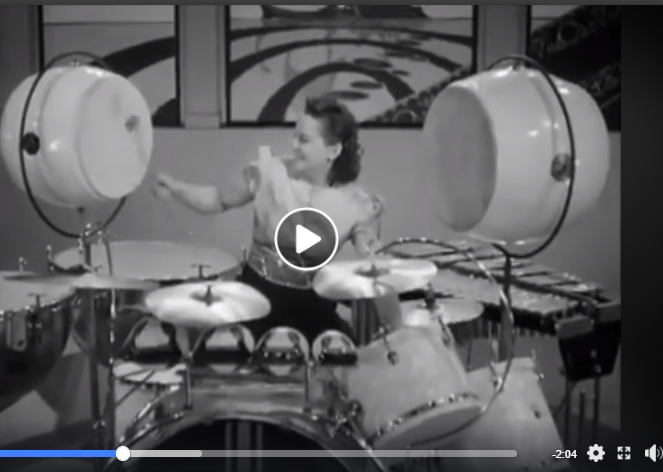 I had the honor of interviewing Viola in 2014 when she was 102 years old. I could not believe how sharp she was. We remained friends and stayed in touch from that point on. If you click the image below you will see that first interview and the film of her playing with Francis Carroll & Her Coquettes from 1939. Viola had an extraordinary drum set back then, even by today’s standards! 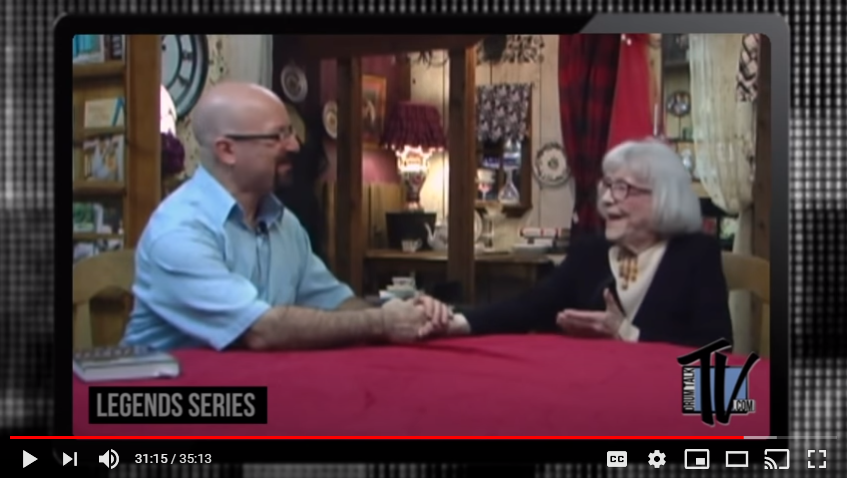 Viola Smith was born Viola Schmitz in Mount Cavalry, Wisconsin. she became popular in the late 1920’s and was an active working drum set player until 1975. She was one of the first professional female drummers. She played five times on The Ed Sullivan Show, as well as in two films and the Broadway musical Cabaret.

In July of 2016, Viola was in the hospital for a broken hip. Can you imagine a broken hip at 103??? Her nephew Dennis phoned me from her hospital room to tell me what had happened and said Viola wanted to say hello to me? (Really? in the hospital with a broken hip?). When she got on the phone and said, “Hello, Dan?” I naturally replied with, “Hi Viola, are you Okay?”

She said, “I’m fine. I’m worried about you! How are you?” and then chuckled. Dennis had told me that a day after surgery she was already up and about on the walker–amazing! I told her, “Dennis says you’re bouncing all over the place with a walker already.”

She replied, “Yeah, they think they are going to keep me here in bed for a couple weeks, but I am going home in a couple days. AND SHE DID!

As time went on, Viols stopped doing interviews. However, she wanted to see me for a visit the Monday after the NAMM Show ended, so my wife and I drove to PIecemakers in Costa Mesa, CA, where Viola worked 5 day a week to meet her for lunch (served there out of their own kitchen!). This photo was taken during that half-day lunch visit on January 20, 2020. Left to right is my wife Nja (“En-jah”). me, and Viola: 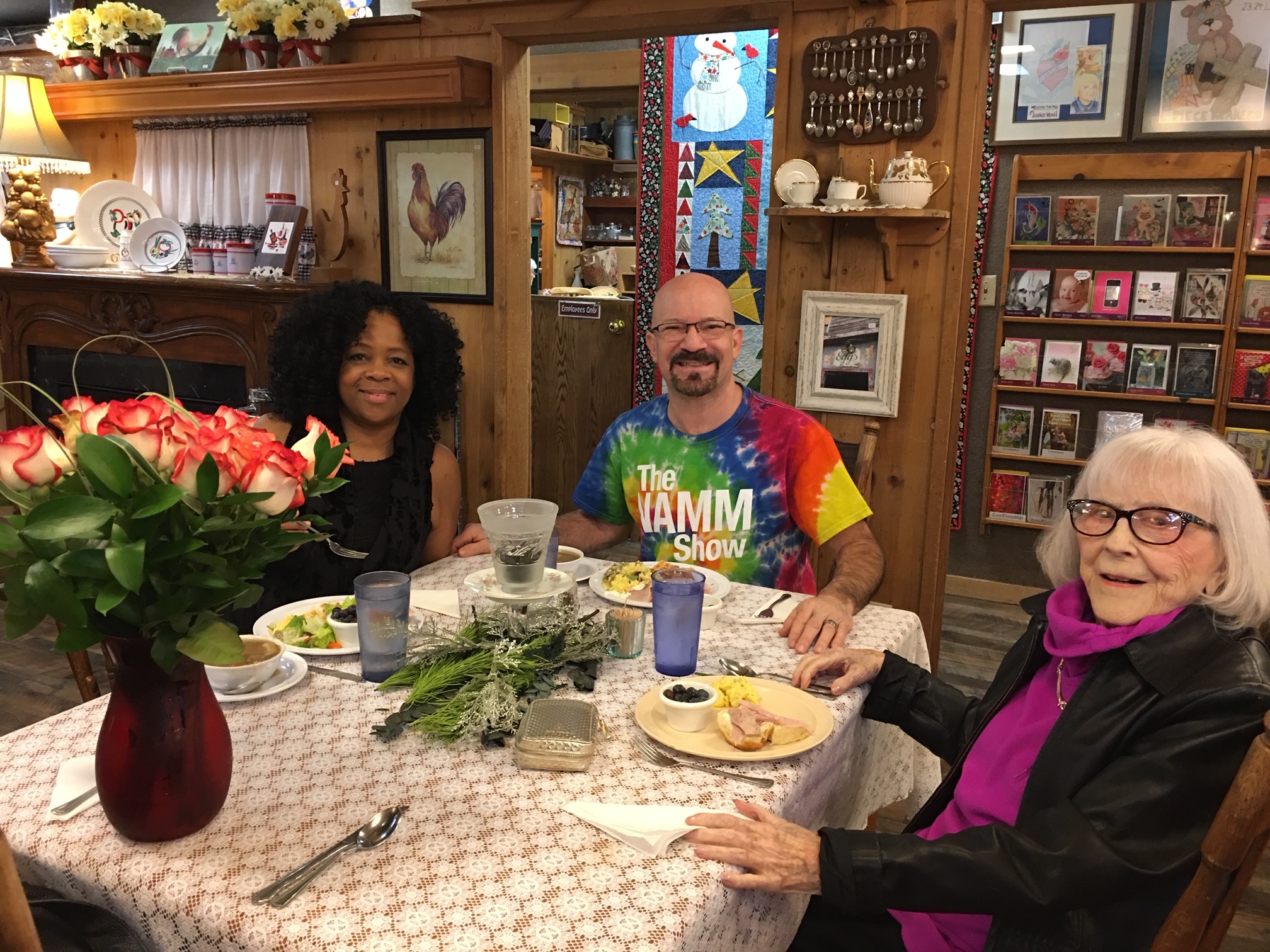 One of the many beautiful things that happened during lunch really struck me like a lightening bolt: You know how you may be eating with someone and there are those moments of silence? Well during one of those, I looked up and saw viola putting on her lipstick with one hand, while expertly looking at her lips in the narrow reflection of her gold lipstick case. She held it expertly like she likely had routinely done for … who knows, 95 years? I wanted so badly to take a quick video or photo, but instead, watched this once in a lifetime moment. There she was, Viola Smith. Popular drummer busting into the scene through the 20’s and 30’s. Unbelievable. I will never, ever forget that interview. I will never, ever forget that most amazing lunch date. I will never, ever forget Viola Smith, pioneer, trailblazer, and a true woman through and through.

On November 10, 2020 I had the honor of being on Times Radio with host Molly Guinness and fellow guest Dan Del Fiorentino, the Music Historian at NAMM. This is a short audio broadcast of us talking about legendary drummer Viola Smith, who was a trailblazing pioneer. 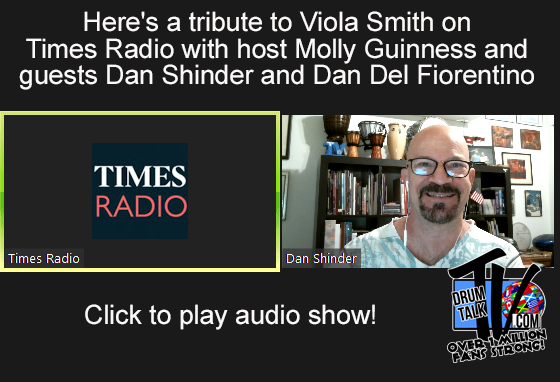