Hi, it’s Dan Shinder, Drum Talk TV Founder. I don’t want this to be a downer, but I feel it’s important to recognize some important people in the drumming world we recently lost. 2020 has started out pretty sad, and it actually began at the end of 2019 with the loss of our good friend, Don George. Don was diagnosed last in 2019 with stage 4 cancer.

My wife Nja and I were fortunate enough to meet and spend time with Don in May of 2013, five months after I started Drum Talk TV. Don is best known for being Neil Peart’s first drum teacher, but he was much more than that. Don taught drums nearly his entire life, from his teenage years until he became ill last year at 72. Don was like … he was like a long lost cool uncle to me. I’ll never forget the first time he called me on the phone. You know how you speak with someone for the first time and you two just *CLICK*??? That was how it was.

Don liked to say, “Neil didn’t need another lesson for 30 years,” referring to Neil getting with the late Freddie Gruber later in life. You can see my interview with Don here: 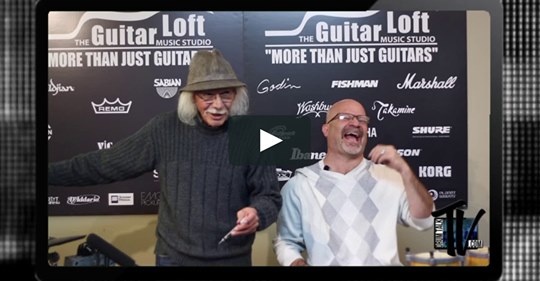 In this interview, filmed with an in-studio audience, Don discusses some of his collection of materials dating back to 1923, as well as demonstrates and talks about his magic formula for teaching drums to all ages – a must-see for all players and instructors.

Don also demonstrates how to develop limb independence and explains why it is so important to drumming. Oh – we, of course, asked Don about teaching a young Neil Peart and Don talks about their continuing relationship as well. My wife Nja and I will never forget the few days we spent with Don when we went to film the interview. He even took us to Lakeside Park. 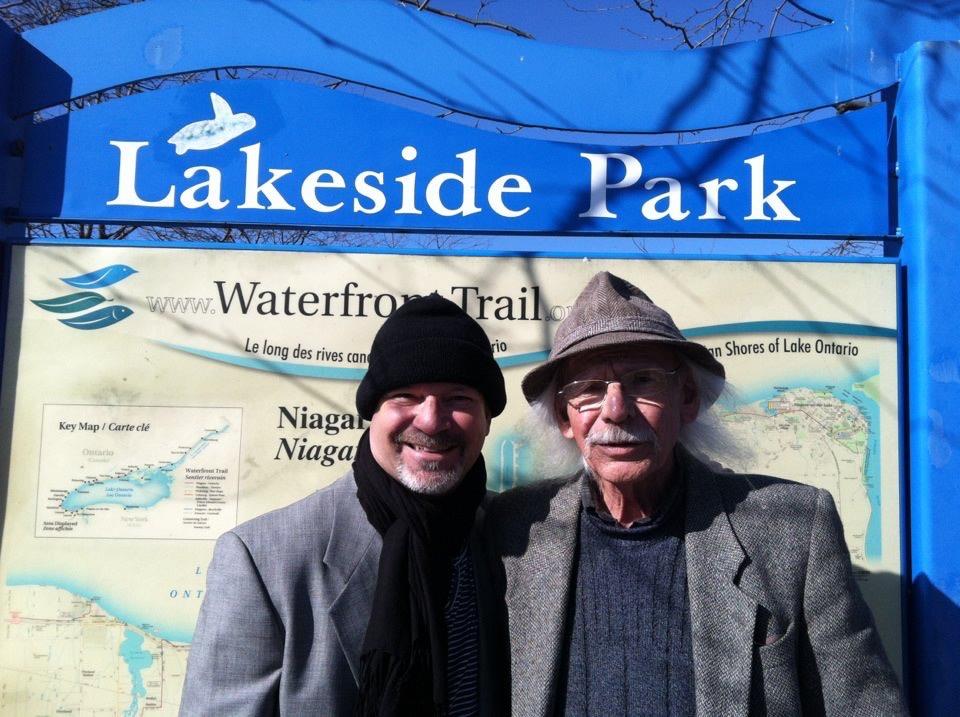 Don did reconnect with Neil, and in speaking to another friend of mine, Briar Rose, who was best friends with Don, I asked her if Don had Rush favorites other than maybe what he and I had chatted about. She told me: “When I first met Don, ‘Vapor Trails’ had just come out and he had yet to hear it. Within moments he had sticks in hand and began drumming along on a practice pad to ‘One Little Victory.’ The other song that Don said that he really loved was the title track to ‘A Farewell To Kings,’ commenting on how intricate the drumming was, so relatively early in Neil’s career.”

Briar also provided a copy of this letter from Neil to Don to share with all of you: 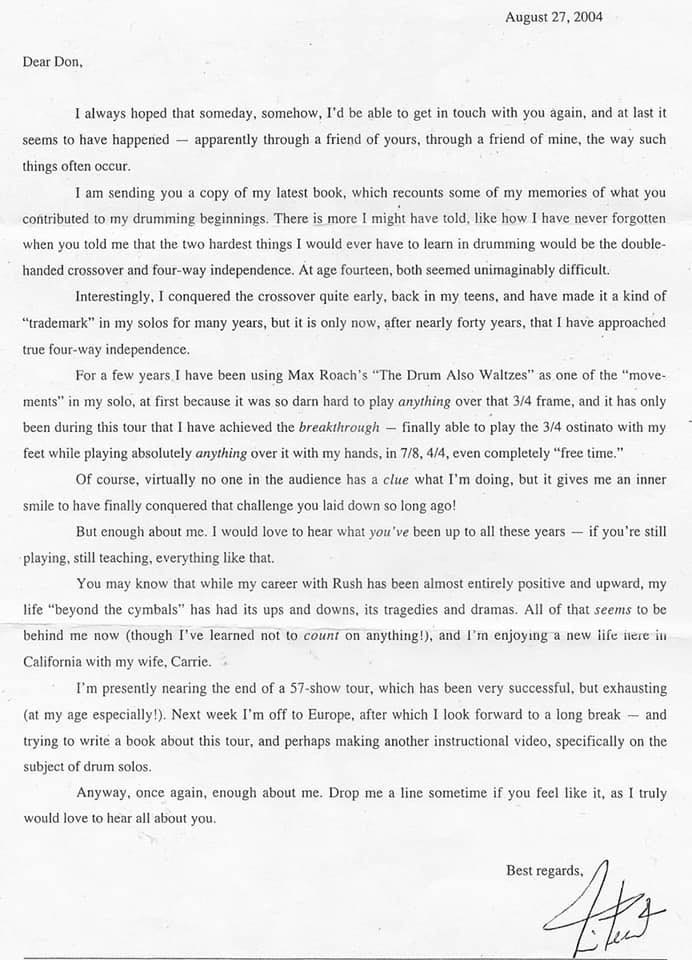